IT IS A NEWS NETWORK DEDICATED TO ROHINGYA PEOPLE.

“On April 1, Captain Aung Tun Myint with by Nasaka personnel went to the Sein Hyinn Pyar Village Tract of Buthidaung Township and took photographs of some houses that are big and strong. They asked the villagers to go to the Nasaka camp. These houses were built or renovated ten years ago.”

END_OF_DOCUMENT_TOKEN_TO_BE_REPLACED

Maungdaw, Arakan State:The Military Intelligence ( Sarapa) have been harassing members of the Rohingya community to extort money in Maungdaw since the last week of March, said a businessman from Maungdaw.

END_OF_DOCUMENT_TOKEN_TO_BE_REPLACED

“We donated several items of goods worth $4000. They are immediately useable items for the victims according to the instructions of centre officials, such as blankets, warm clothes, jackets, warming plaster, baby milk, towels, adult and child diapers, instant foods, etc.”

“We handed over all the goods at the Tatebayashi City Office, where the local government opened a donation centre on April 4 at about 10 a.m.”

The Rohingya refugees in Bangladesh have been receiving aid from Japan since 1993. Now, it is our turn to help Japanese people when they are in a desperate situation after the powerful earthquake and tsunami. We, Rohingya around the world are praying for the victims,” Zaw Min Htut, the president of BRAJ, told the city officials who received the relief goods with thanks to the Rohingya.

The  distressed Rohingya boat people-158  have been arrested by Thai police, on 22 and 24 January 2011, after arriving on the shore of southern Thailand with boat engine troubles.
Due to continued persecution and crimes against humanity by the Burmese military regime,the outflows of Rohingyas from their homeland of Arakan into Bangladesh and other countries is a regular phenomenon over the decades. Also during recent years the world has had witnessed how the persecuted Rohingyas become desperate to make their ways, for safe shelter and protection, to Southeast Asian countries in particular,  risking their lives through turbulent seas and oceans in rickety  boats. Many of them were drowned or perished and eventually ended up in jails in some countries.

Due to sub-human condition with no life and property security, the 158 boat people have left their ancestral homeland in search of shelters and protection, and as such they deserve full sympathy, help and protection from the people and Government of Thailand. They should not be sent back to Burma under military or dictatorship rule. Push back to Burma or push out to the sea is not a solution. We, however, appreciate that the Thai authorities are providing them basic humanitarian assistance with food and water.

Meanwhile, the Rohingya problem, including their recurrent boat people crisis, which has regional and international perspectives, warrants immediate international and regional solution, where the KEY ROLE of the ASEAN is crucial.
We call upon the Government of Thailand not to push back the boat people and treat them humanely on humanitarian grounds. We also urge upon the international community, UN, OIC, EU, ASEAN, USA, UK, Bangladesh, India, Thailand and concerned governments to find out a permanent solution of the Rohingya problem.

How to help Japan earthquake and tsunami

Japan is battling a nuclear and humanitarian crisis, with engineers working to restore power to a stricken …

Japan was hit by one of the largest earthquakes ever recorded on March 11. The magnitude-9.0 quake spawned a deadly tsunami that slammed into the small island nation, leaving a huge swath of devastation in its wake. Thousands of people are dead and many more are still missing or injured; almost half a million people are homeless.

In addition, the country is facing a nuclear crisis that some experts warn may be much worse than the 1979 Three Mile Island disaster.

Japan has often donated when other countries have experienced disasters, such as when Hurricane Katrina impacted the United States. Below are organizations that are working on relief and recovery in the region.

AMERICAN RED CROSS: The American Red Cross is currently supporting and advising the Japanese Red Cross, which continues to assist the government in its response.  You can help people affected by disasters, like floods, fires, tornadoes and hurricanes, as well as countless other crises at home and around the world by making a donation to support American Red Cross Disaster Relief. Donate here.

SAVE THE CHILDREN:  Save the Children, which has worked in Japan since 1986, has an immediate goal of $5 million to launch longer-term recovery for children affected by Japan’s March 11 earthquake and tsunami. Save the Children has opened the first child-friendly space in Japan, protective environments where children can gather to play and share their experiences under the supervision of trained, caring adults. Donate here.

SALVATION ARMY: The Salvation Army has been in Japan since 1895 and is currently providing emergency assistance to those in need. Donate here.

AMERICARES: AmeriCares and its relief workers in Japan are working to deliver medicines and supplies to hospitals, shelters and health responders to treat and care for survivors.  The AmeriCares team began mobilizing within hours of the first reports of the dual disasters, dispatching an emergency response manager to Tokyo to direct the efforts of our relief workers in Sendai, the largest city closest to the impact zone. Our team is in direct contact with local officials, evacuation shelters and hospitals treating the injured in Miyagi, Fukushima and Iwate to determine health needs. Donate here.

INTERNATIONAL MEDICAL CORPS: A team of doctors flew to Sendai, where they will be delivering supplies, assessing needs, and identifying communities that have not yet been reached. We continue to coordinate with local health authorities and partners on critical gaps, providing technical expertise and assisting with logistics. Donate here.

SHELTERBOX: ShelterBox responds instantly to natural and man-made disasters by delivering boxes of aid to those who are most in need. The box includes a tent for a family of 10, cooker, blankets, water purification, tool kit and other items survivors need to rebuild their lives in the days, weeks and months following a disaster. Donate here.

Begum Fatema was five years old when she and her family left her home in Arakan State and fled to Bangladesh 15 years ago because of brutal treatment by the Burmese Military.

I along with my family members came to Bangladesh when I was five years old because of many human rights abuses,” she told Kaladan News in an interview.

In 1993, her family members illegally crossed the Burma-Bangladesh border at night by row boat from Shapuri Dip, under the Teknaf police station.

After her arrival, the family lived in a rented house in Cox’s Bazar for nearly five years. Then, her family members went to Betsara of Bandarban, from Cox’s Bazar, because there was opportunity for Rohingya people to work at farming, fishing and collecting firewood.

She married a Rohingya a young Rohingya man named Mohamed Younus, in 2002, at Bandarban district.

They lived at Betsara, in Bandarban district, for seven years after getting married.

They have two sons, 8 and 6 years old and a 4 year old daughter. Her husband worked as a daily laborer.

However, at the end of 2009 an Army officer told the Rohingya people who lived in the area the Bangladeshi authorities may conduct raids in the area where they live.

There were around 36 houses in the area of Batsara. The people there had to work to feed themselves and their children because they do not qualify for any form of aid, Begum said.

Early the next day, police arrived and arrested 36 Rohingyas, including Begum and her children.

Her husband was not there at the time of the raid, having been tipped off by an army officer.

During the raid a police asked her, “Where is your husband?”

She told him her husband went to work but he did not return that night.

She and her small children were dragged out of the house by police, leaving all their possessions behind. She said it was very cold at that time.

“We left our clothes, rice, the hens- everything.”

“Everything was taken by local Bangladeshi residents.”

When she protested, she was beaten by police.

Begum said the prisoners were put in a boat at 8:00 a.m. for the 5 hour trip to the police station at Bandarban.

However, they were not provided any food during the journey.

“When the small children were crying for food, a police officer told us not to feed them or give them water,” she said.

However, a Bangladeshi officer provided some cakes for the children himself when they arrived at the police station.

Later, she and the other prisoners were put on a bus bound for Naikonchari, a town on the Burmese border, which is the base for Batallion 15 of the Border Guard of Bangladesh (BGB). It is responsible for forcing refugees back into Burma.

From Naikoncahari, they were brought to the border where the BGB did provide them with a little water and some cakes before returning to their headquarters.

“The BGB released us at the border without handing us over to the Nasaka, the Burmese border guard force,” Fatema remembered.

“We feared that if we should meet Nasaka personnel, they would shoot us.”

So, the Rohingya prisoners decided not to cross the border into Burma, staying inside Bangladesh without the knowledge of the Bangladeshi authorities.

When Begum’s children became very weak and unconscious in the cold, she entered a house at Sacc Dala, at Naikonchari and made fire that night to warm the children.

The next day, she called her husband. He came to Sacc Dala and gave 5,000 taka to the owner of the house to pay for providing shelter.

Then she and the children went to Kutupalong unofficial makeshift camp with her husband.

Now, she and her husband and the three children live in a small hut at Kutupalong in miserable conditions.

Like Begum, many Rohingya people were arrested and pushed back to Burma by the Bangladeshi authorities since that time.

Amina Khatun, wife of Abdu Zabar, was also pushed back into Burma along with five family members. Her elder deaf son was severally beaten by Bangladeshi police.

But, Amina also came back to Bangladesh from Burma’s border without knowledge of the Bangladeshi authorities.

TOKYO (Reuters) – It seemed too good to be true. A young man pulled alive from the rubble on Saturday eight days after Japan’s devastating earthquake and tsunami.

Hours after the man made international headlines on Saturday, a glimmer of hope in Japan’s worst tragedy since World War Two, Japanese media offered a mea culpa, withdrew the story and dashed hopes of a “tsunami miracle.”

The man, in fact, had been in an evacuation center and had just returned to his ruined home, where he lay down in a blanket, one of thousands of victims of Japan’s magnitude 9.0 earthquake and tsunami, but not quite a miracle.

“He had been staying in the shelter since the quake and tsunami hit the coastal city on March 11 and returned home in Kesennuma, Miyagi Prefecture, around noon Friday to clean it up,” news agency Kyodo News reported.

Earlier, Japanese media and the military reported that the man, in his 20s, was in shock and unable to speak when he was found in Kesennuma, one of the regions hardest hit by the magnitude 9.0 earthquake.

The military also confirmed the man had earlier been to an evacuation center.

Nearly 7,000 people have been confirmed killed in the double natural disaster, which turned whole towns into waterlogged and debris-shrouded wastelands.

Another 10,700 people are missing with many feared dead. 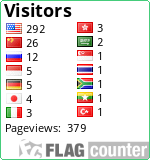